Known as the Spice Island, the beautiful island of Zanzibar on Africa’s east coast is bursting with culture and history, seemingly at odds with its idyllic geography of white-sand beaches with palms swaying lazily in the sea breeze. Together this makes Zanzibar a fabulous place to explore as well as a dream to relax and unwind.

Zanzibar is the semi-autonomous part of Tanzania in East Africa. It is composed of the Zanzibar Archipelago in the Indian Ocean, 25–50 kilometres (16–31 mi) off the coast of the mainland, and consists of many small islands and two large ones: Unguja (the main island, referred to informally as Zanzibar) and Pemba. The capital is Zanzibar City, located on the island of Unguja. Its historic center is Stone Town, which is a World Heritage Site.

Portuguese invasion and control of the Swahili Coast in the late 16th century ended the golden age of the archipelago, although the Omani Arabs returned to power less than a century later. Today, many of the winding streets and high townhouses of old Stone Town remain unchanged and visitors can walk between the sultan’s palace, the House of Wonders, the Portuguese fort and gardens, the merchants’ houses, and the Turkish baths of the old city. Day-long spice tours to working plantations offer visitors the chance to observe the cultivation of cloves, vanilla, nutmeg, cinnamon, and other spices that have made the island famous.

Zanzibar’s coastline offers some of the best beaches in the world, but sand and surf vary depending on what side of the island you’re on. On the east coast, waves break over coral reefs and sand bars offshore, and low tide reveals small pools of starfish, small minnows, and anemones. Up north, ocean swimming is much less susceptible to the tides, and smooth beaches and white sand make for dazzling days in the sun.

The port city of Stone Town dominates the west coast, and although the beaches of Mangapwani, where slave caves are visible at low tide and nearby Bububu are less than half an hour’s drive away, a night or two spent on the east or north cost is well worth the extra hour it takes to drive there. That said, the Chole Island Marine Park just off Stone Town – and nearby Prison, Grave, and Snake Islands – make a refreshing day-trip and a good break from exploring the winding passageways of the old city.

On the south coast of Zanzibar lies the Menai Bay Conservation Area, a sea turtle protection area for the endangered species that come to breed on the island. Roads to the southeast coast take visitors through the Jozani Forest, home to Zanzibar’s rare Red Colobus monkeys and a number of other primate and small antelope species. 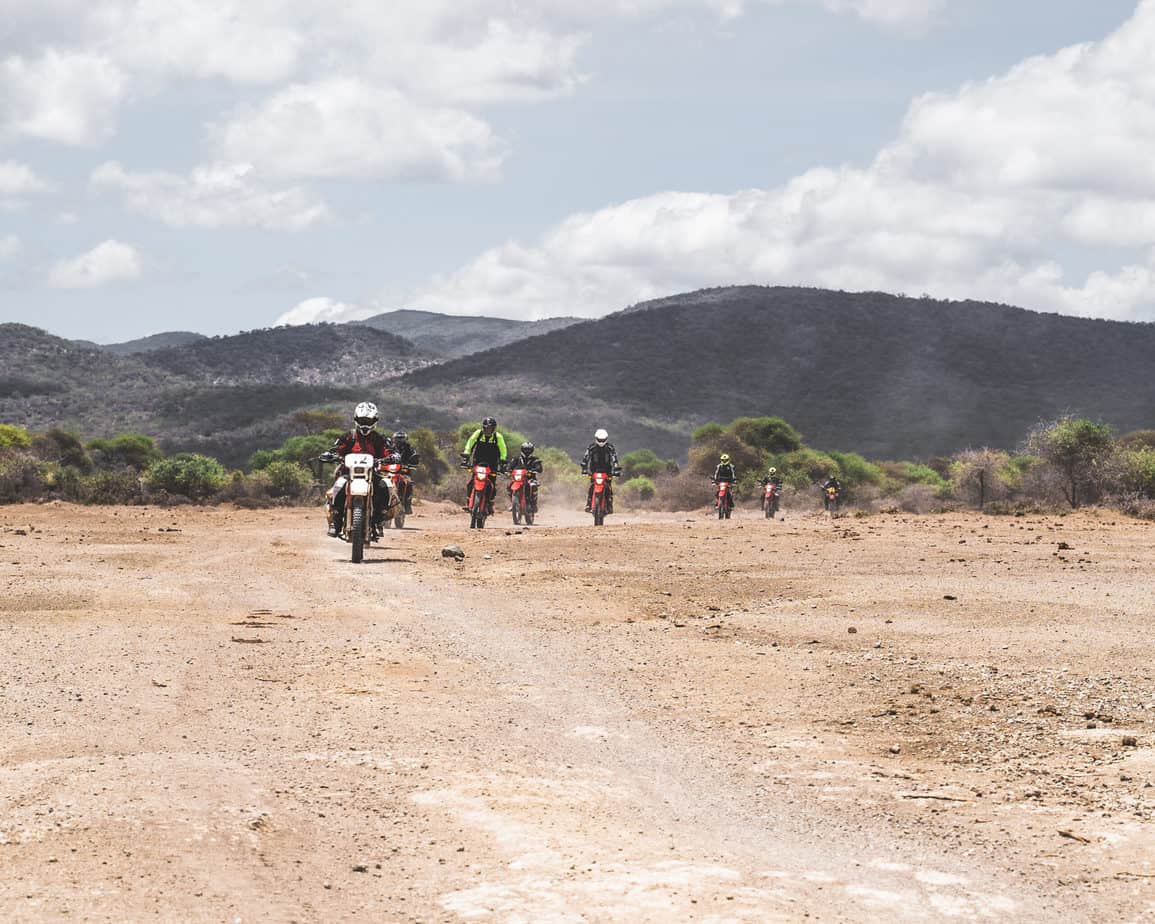 15 Days Motorbike Adventure through Mount Usambara to the coast